The Baltic climate tends to feature dark, cold winters; mild, temperate springs; and warm summers. If you want to make the most of the good weather, then late spring through to late summer is the best time to book a flight Kaunas. In late April every year, Kaunas Jazz Festival, which has been running annually for an impressive 24 years, takes place. Locals and visitors can enjoy a variety of free and paid concerts which sees both well-known Lithuanian Jazz artists and young talented musicians take to the stage.

If you want to experience some great Lithuanian traditions, then why not book your flights to Kaunas during one of the country’s festivals? A great example is St Casimir’s Day which is celebrated on March 4 each year, with towns and cities holding folk art and craft fairs on the Sunday closest to that date.

The historic city of Kaunas is characterised by majestic architecture, elegant theatres and museums, delicious local cuisine, and the shimmering Nemumas and Neris rivers of which Kaunas is the meeting point. Visit the Rumsiskes Open-Air Museum for a fascinating and educational day out. The Ninth Fort, built in the early 20th century is now an important memorial to victims of the Second World War. Check out the Pazaislis Monastery and enjoy its splendid exterior and wonderfully tranquil interior. The Cathedral of St Peter and St Paul, and St Gertrude’s Church, are equally beautiful religious edifices that are well worth a visit. The city is also home to the stunning National M. K. Ciurlionis Art Museum, which houses some resplendent historical art works as well as some intriguing contemporary pieces. If you book a flight to Kaunas don’t forget to visit the shops and markets of the attractive Old Town, and make sure to pop in to the Devil’s Museum. The Devil’s Museum is a unique and quirky exhibition featuring many weird and wonderful carvings, sculptures, and other depictions of devils past and present, drawn not only from Lithuania but from the whole world.

The city has a good public bus network, paid for by contactless electronic cards. The Old Town and most of the attractions in the city centre can be reached by walking, though, so you may not need to use other transport methods at all during your stay. Taxis, and cars and bicycles for hire, are also popular methods of getting around in Kaunas.

The cheapest and easiest way to get from Kaunas airport (KUN) to the city centre is to take the city bus. The fare is cheap and buses are timed to coincide with flight arrival times. As with all public buses in the city, bus fares for this bus are made by electronic contactless card. You can buy these cards at the airport and top them up in numerous locations throughout the city. Taxis and hire cars are also on hand to take you to Kaunas city centre from the airport. 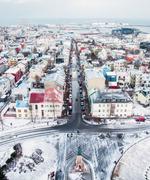 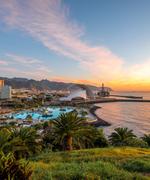 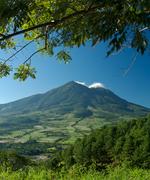