The most popular time to book flights to Casablanca is during the warmest months, July and August. Summer is warm and welcoming, with temperatures on average in the late teens to mid-20s. The city becomes busy during this period with tourists and families on their summer holidays and in turn, flights to Casablanca will be at their most expensive and hotel prices will rise.

Winter can be cold and wet, with temperatures usually around 8-22°C. Although there is an increase in rainfall, the cooler temperatures are preferable for those who enjoy sightseeing while the sun isn’t too hot. Budget-minded travellers may want to book a trip during the winter as this is the best time to find cheap flights to Casablanca.

Visiting Casablanca during Ramadan is not the best for travellers as many shops and tourist sites close early or permanently over the month long holiday.

Spring, early summer and autumn make up the shoulder seasons in the city. Book a flight to Casablanca during these times to experience pleasant weather and smaller crowds.

The port town of Casablanca on the northwest coast of Morocco is the country’s largest city, with a population of more than five million. It’s Morocco’s industrial giant; a very Western city, full of shopping malls and office buildings. Travellers may book flights to Casablanca hoping to find the town of the famous film. In fact, this was shot entirely on location in the United States and bears very little resemblance to the actual city. But among the city’s commercial core, older, traditional Moroccan buildings remain.

The most famous of these is the huge Hassan II mosque, a must-visit for any tourist. The old medina has recently been restored and is now attracting more tourists than it used to, though it is still not as impressive as those in Marrakech or Fez. The French New Town, however, is one of the most beautiful in Morocco, with many stunning Art Deco buildings. Many holidaymakers arrive from Casablanca flights as a stop-off to other destinations such as Rabat or Fez. The town is a convenient departure point for much of north or western Morocco, but is well worth exploration in its own right for a few days at least.

Thanks to its location on the Mediterranean Sea and the Atlantic Ocean, Morocco’s climate is moderate year-round. Winters can be fairly cold and the summers very hot.

The cheapest way to travel around Casablanca is by bus, but services can be chaotic and crowded, especially at rush hours. Make sure you have small change to pay for your ticket on board. There are also many red petit taxis available for hire. They can be flagged down on main streets or boarded at designated waiting spots and are the best way to travel outside of the city’s centre. Make sure your driver has the meter turned on. While inexpensive, be aware that you will be charged an extra 50 per cent at night. Grand Taxis, white painted minibuses, are a good way to share rides with up to six people on regular routes. They can also be hired for travel out of the city and often take less time than the bus or train. If you’re just staying in the city’s centre, grab yourself a good map and explore on foot.

The white painted minibus-style vehicles known as grand taxis offer a shared service, carrying up to six passengers and following regular routes. They are also an inexpensive option for journeys outside the city – often with shorter travel times than the train or bus. 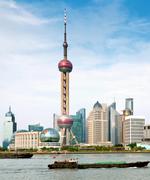 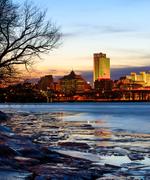 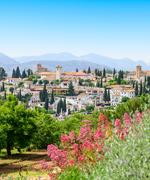