Milan Malpensa Airport, previously known as Aeroporto Citta diBusto Arsizio, is the largest of Milan’s three airports. With more than 100 airlines serving the airport, it’s Europe’s 21st busiest airport, having handled almost 19 million passengers in 2010. Flights to Milan Malpensa Airport arrive from main hubs in Europe, the UK, Asia, the US, Middle East and the Mediterranean.

Milan Malpensa constitutes two tired-looking passenger terminal buildings that are considerably far from one another. Fortunately, however, a shuttle service runs between them every 20 minutes, 24 hours a day. A new runway is currently underway, although flights are running to normal schedules. Construction of the new car park, by contrast, is restricting access to only a few public transport vehicles. As such, private vehicle owners are advised to park in P3 and the multi-storey car parks until further notice.

Although a fairly old airport, Milan Malpensa is efficient and staff are generally helpful and friendly. Queues usually flow easily and baggage handling systems are quick. Perhaps one major downside, is the airport’s lack of airbridges, which results in delays and long waiting times between gates and boarding. 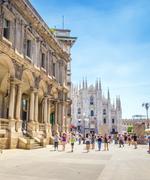 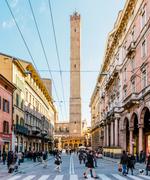 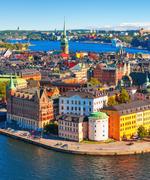