Finding cheap flights to Mauritius can be difficult as it doesn’t really have an off season. December to March is most popular if you want to go diving and June to August is big for surfing. October to April is the best time if you are hoping for some big game fishing. You should try to secure your flight tickets as early in advance as you can, regardless of when you are planning to visit. Christmas and New Years’ are also very popular and cheap flights to Mauritius are almost impossible to find so it might be worth avoiding this time of year if you are on a tight budget. There are also a few festivals which rise up the cost of flight tickets, such as the Cavadi in January/February. This is a Hindu festival and is amazing to witness if you are on the island at the time.

There isn’t much of an off season at all so finding the cheapest flights to Mauritius is a hard task. Make sure you plan ahead and avoid school holidays if you want any chance of discounted flight tickets.

How long is the flight to Mauritius?

Which airlines operate flights to Mauritius?

British Airways, Emirates, Air France and Lufthansa all provide flights to Mauritius although generally the prices don’t fluctuate much between them. When you’re looking for cheap flights to Mauritius it is worth comparing a couple of airlines together to see who will give you the best value for money. British Airways offer complimentary snacks and beverages onboard their flights which can add more value to your flight tickets than another airline for example. Emirates, however, offer very high standards of comfort and service so ultimately it comes down to your own preference and who offers the cheapest flights to Mauritius.

There is a rather regular bus which runs every 30-60 minutes and provides a cheap means of transport into the city. That said if you have a lot of luggage you might struggle to use the buses but it’s definitely worth looking into as an option. Other than that you’ll have to jump into a taxi, you’ll find them as soon as you leave the airport. Make sure you agree on a price before getting in though else you might find yourself getting overcharged. If you are travelling with friends then splitting the taxi fare can make it a quick and efficient way to travel. 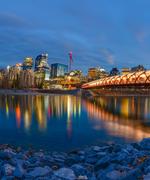